We talked before jokingly about threesomes but to her she always jumps to me being with two women, which I understand why but I fantasize about her with two men.

I work in construction so being cool with another guy having my wife doesn’t fit the stereotype which only makes me more nervous. The thing I’m most nervous about is telling her I like the idea of being made to give her and her new lover oral so they are both wet enough to enjoy it to the fullest.

I’m afraid that is what will make her think I’m a closet gay guy or something but the thing is it only seems hot to me in that context, it’s not like I want to run around blowing guys only during the cuckolding fantasy does it work for me.

What can I do to stop being afraid my wife will think I’m gay and be able to tell her about this. I want to be open and honest about everything with the woman I love.

Hey I totally get your concern and that you’re worried about your wife thinking you’re gay. You have to think that she’s not going to think a straight guy is open to something like under any circumstances, so she’s not being weird in that sense.

But what you need to do if you want to really be open with her about everything is explain it to her just like you did to us when you submitted this.

You should do something like start a conversation sometime when you two are both in really good moods and just chat about fantasies in general like you mentioned you had before. Then go ahead and share your feelings but set her up for it so it won’t shock her as much.

Tell her that you have a fantasy that is kind of different or weird or whatever you want to call it and that it’s kind of embarrassing to even tell her.

It’s at this point you tell her about how you want to be open, honest and share everything with her because you love and trust her. You’ll easily be able to tell her at this point while at the same time preparing her for what’s to come so she isn’t so caught off guard.

You never know she might just find it as hot as you do! 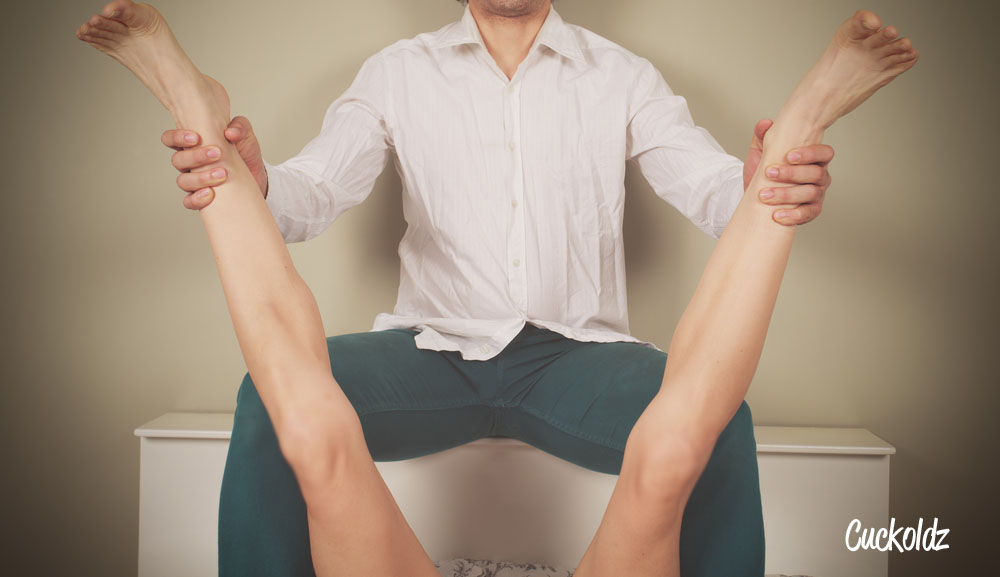 Would you hold your wife’s legs back for her lover?

Be a Good Sissy for Your Cuckoldress and Watch Me Suck